ENGLISHMEN are not renowned for their seductive powers in France, so it is worth recording that a certain Lewis Wingrove, a 44-year-old resident of Lyons, has become France’s hottest sex symbol.

Mr Wingrove is better known to the world of the Gallic internet and the broader media as Nick, a modest-looking serial seducer who has recorded a year of exploits in wry detail in one of France’s most popular weblogs.

“I get a lot of pick-up attempts from women who have read the blog,” Mr Wingrove said yesterday. “I have become a sort of virtual person, a sort of fantasy. Women appreciate the candidness.”

He had learnt from dating via the internet that: “Women are out there hunting, just like men. The internet chat is especially suited to women. It was a bit of a revelation. They flirt and they move fast. But they become more cautious when you meet.”

Mr Wingrove, an advertising copywriter and web designer, was born in England but has a French mother and reports in French on the predatory habits of Frenchwomen on his site (http://jeniquecestmythique.org which has been visited 2.87 million times since its creation in January.

Bloggers the world over chronicle their love lives and 10 million French, mostly women, date via the internet. Mr Wingrove, a self-confessed geek, has become a phenomenon because of his precise, deadpan style. Elle magazine described him as “more sly than vulgar”. Libération called him “the most famous shagger on the web”. “The writing is lively, the tone is naughty but never too vulgar as he savours every date all the way from the bistro to bed,” it said.

Nick — a play on nique, meaning “shag” — is negotiating a book on his “unforgettable socio-erotic experiment”, a chronicle of romance via Meetic, a dating site. His cold detail of 21st-century courtship, much unprintable in a newspaper, reads like a blend of Mr Pooter’s diary, Bridget Jones and Brett Easton Ellis.

As a divorced father who had recently separated from a girlfriend, Mr Wingrove talked 52 women into going out with him between August 2003 and August 2004. Of those, 27 went to bed with him, a third of them on their first date. Of those 27 nanas (birds), three quarters made the first move. Four became good friends and two became real love affairs. He now lives with one of them and has stopped dating.

As well as documenting his adventures sous la couette (between the sheets), he reprints the full pick-up chats with Sylvie, Florence, Sonia, Solene, Béatrice and the rest of the 27 conquests, whose average age was 40. All are rated with stars for “physique, figure, looks, breasts, bottom, charm/charisma, wit/complicity, tenderness/feeling”.

Mr Wingrove dictated his moves and conversations into a tape recorder as he conducted simultaneous affairs. “When you are managing 25 relationships at the same time, it is the only way to remember that Véronique’s son plays tennis and that Marie has a diesel car,” he said. “It may look brutal to rate and categorise the opposite sex, but everyone really does that when they go out on a date.”

Although gentlemanly enough to use pseudonyms and disguise some professions, he cannot resist reporting that Sylvie, 38, a blonde with only two stars for charm and one for looks, is a banker. “I am screwing a banker! Usually it is the other way around,” he writes.

Mr Wingrove said he hopes that his site helps to shed light on relations between the sexes. “My aim is to give factual information on my encounters and subjective impressions and memories of the experience,” he said.

“I am not a romantic or an idealist, nor an opportunistic serial lover. Well, probably a little of both, all the same.” 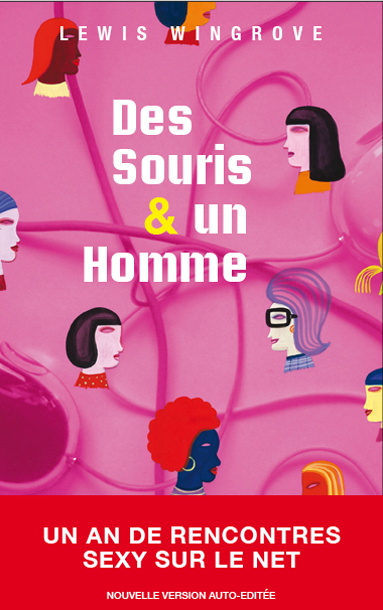